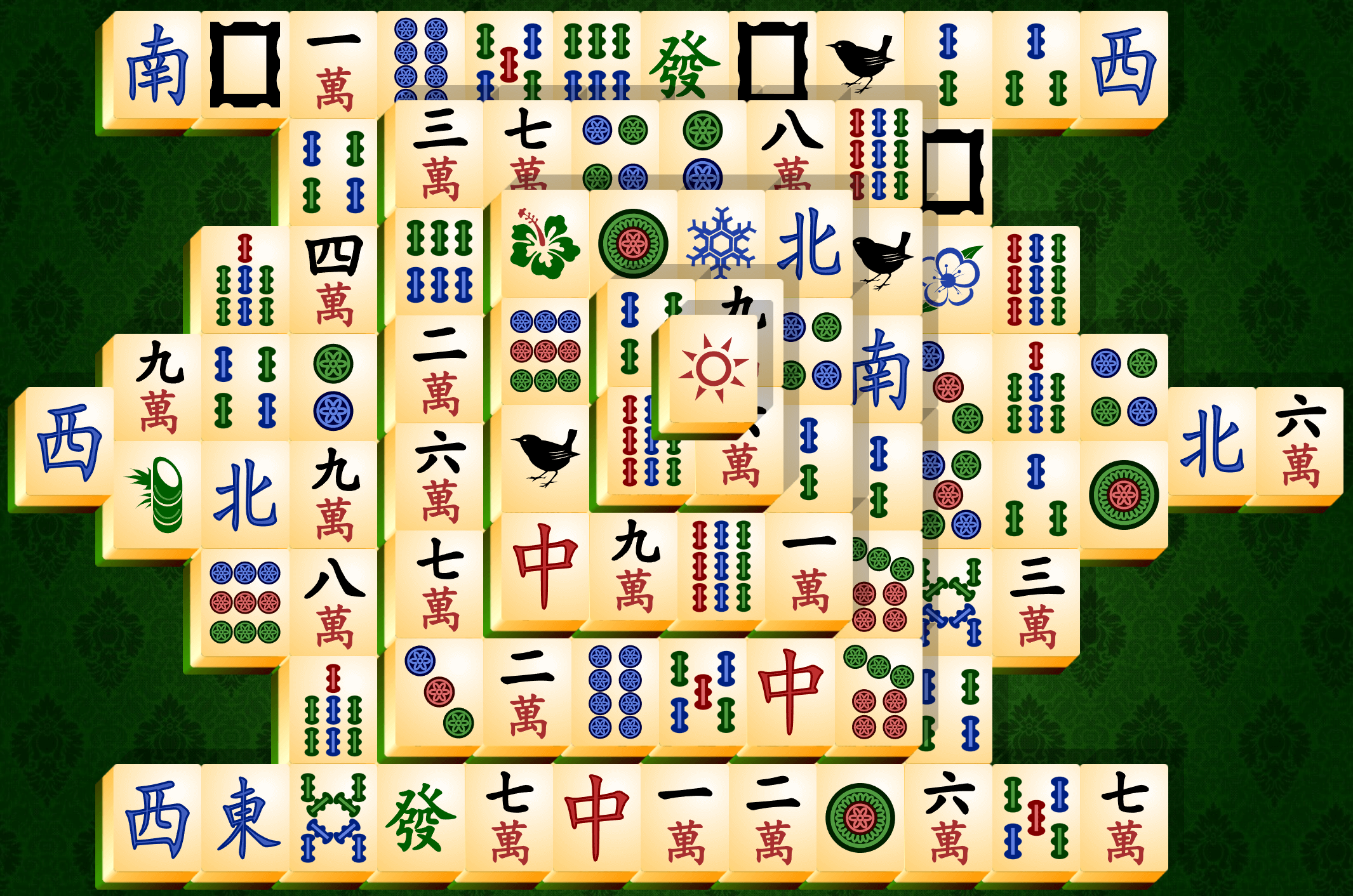 In this tutorial we will attempt to solve a Mahjong game step by step. Unfortunately, the entire game would be too long and so we only consider first 10 steps. This should introduce a beginner player to the moves and to basic strategy. 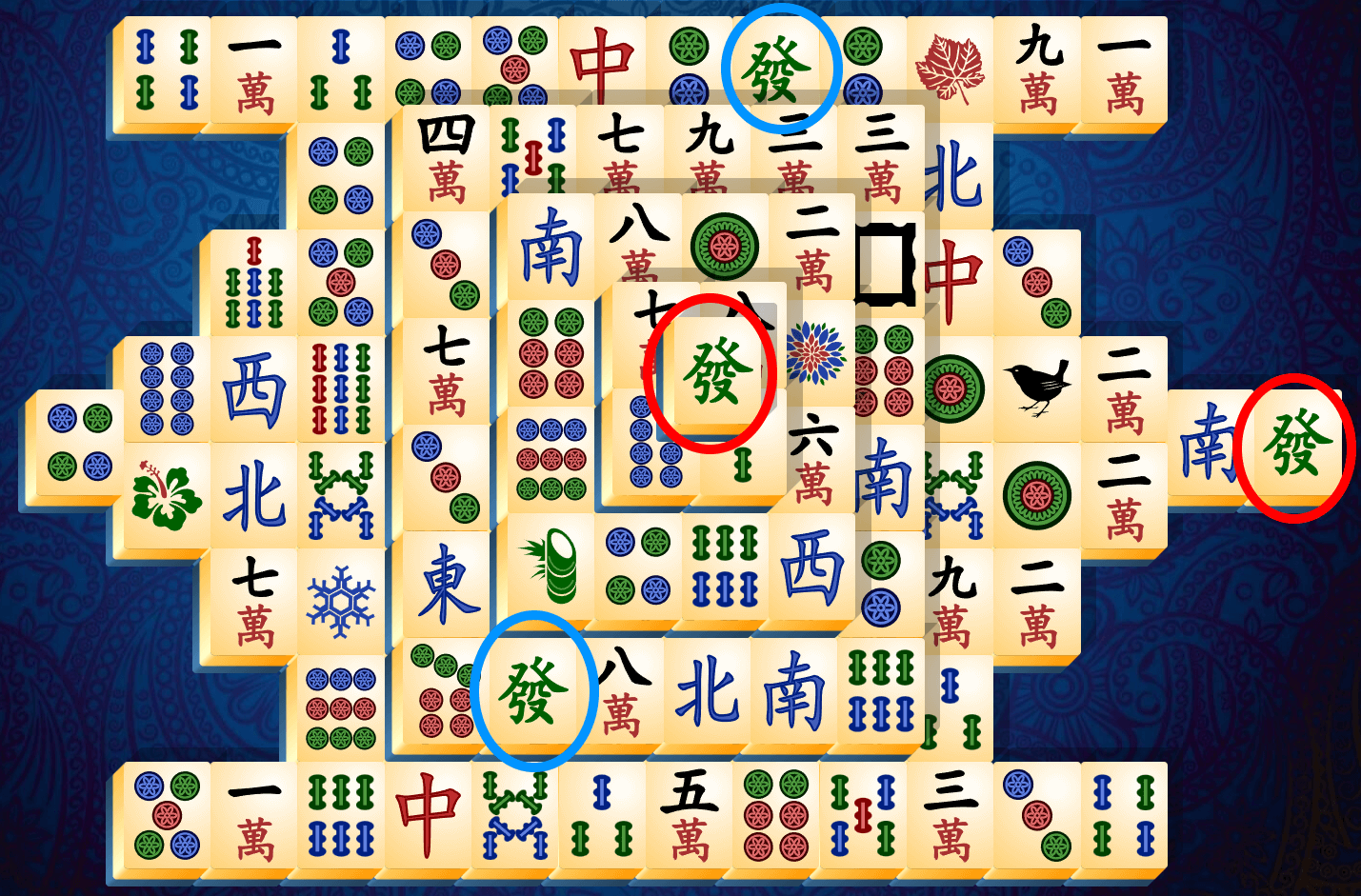 This is how initially a stack of Mahjong tiles looks like. This pyramid-like layout is called the “Turtle” because of the visible legs and a tail and because the pyramid in the middle is similar to the turtle’s shell. There are very many Mahjong layouts but the Turtle is the most popular and can be found as a default layout in most Mahjong Solitaire games.

It is always a good strategy to remove the tiles that are on top of the pyramid and the tiles that are at the end of turtle’s legs, tail or head. This is because removing these tiles makes a lot of other tiles available. Here, we are lucky because we see a Green Dragon tile on top of the turtle’s shell and at the end of its tail. These two tiles are marked with red. There are also two other Green Dragon tiles, marked with blue. These however, cannot be removed because they are blocked from left and right by other tiles. Therefore, in our first move, we will remove the two Green Dragon tiles marked with red circles. 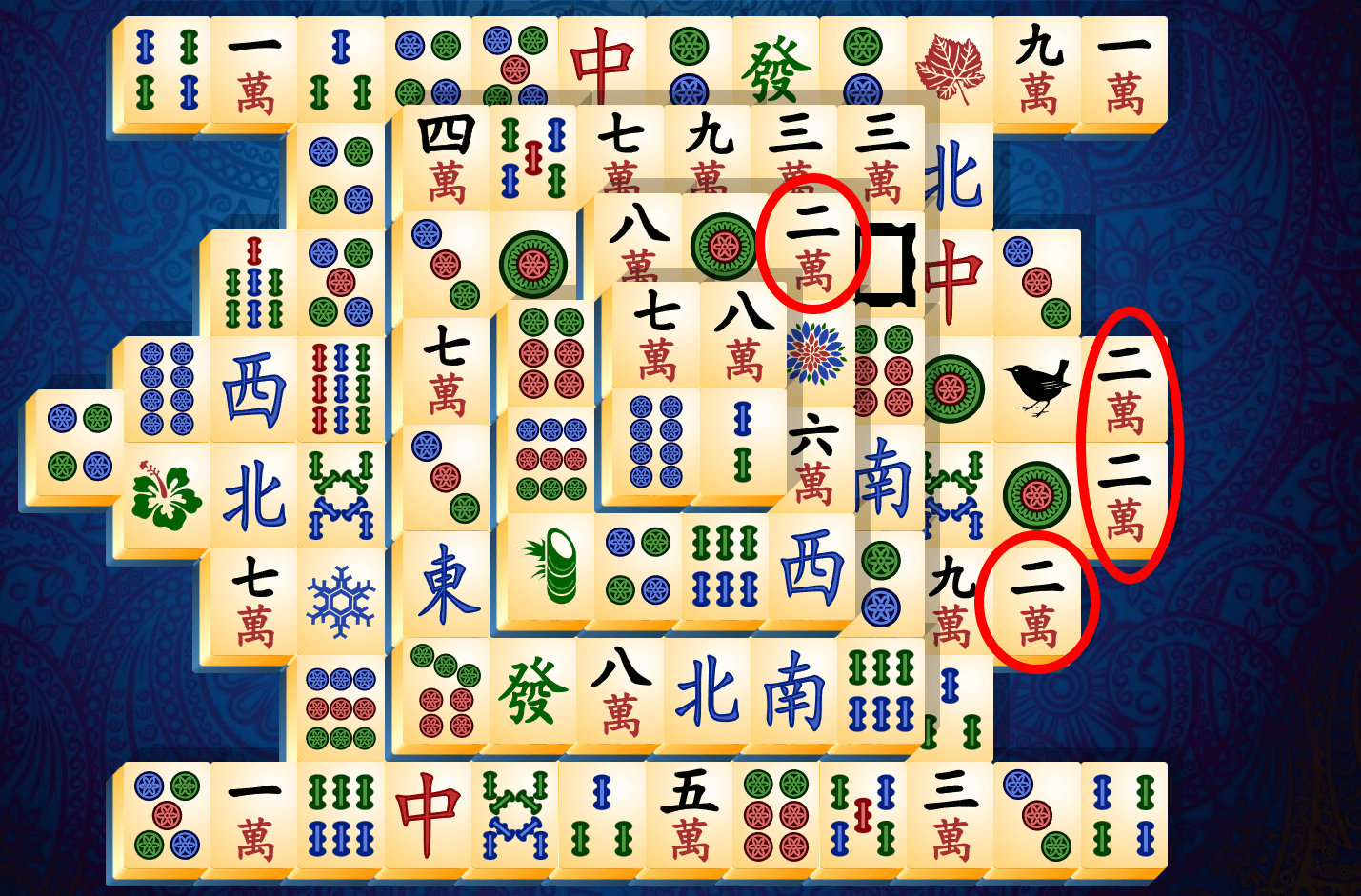 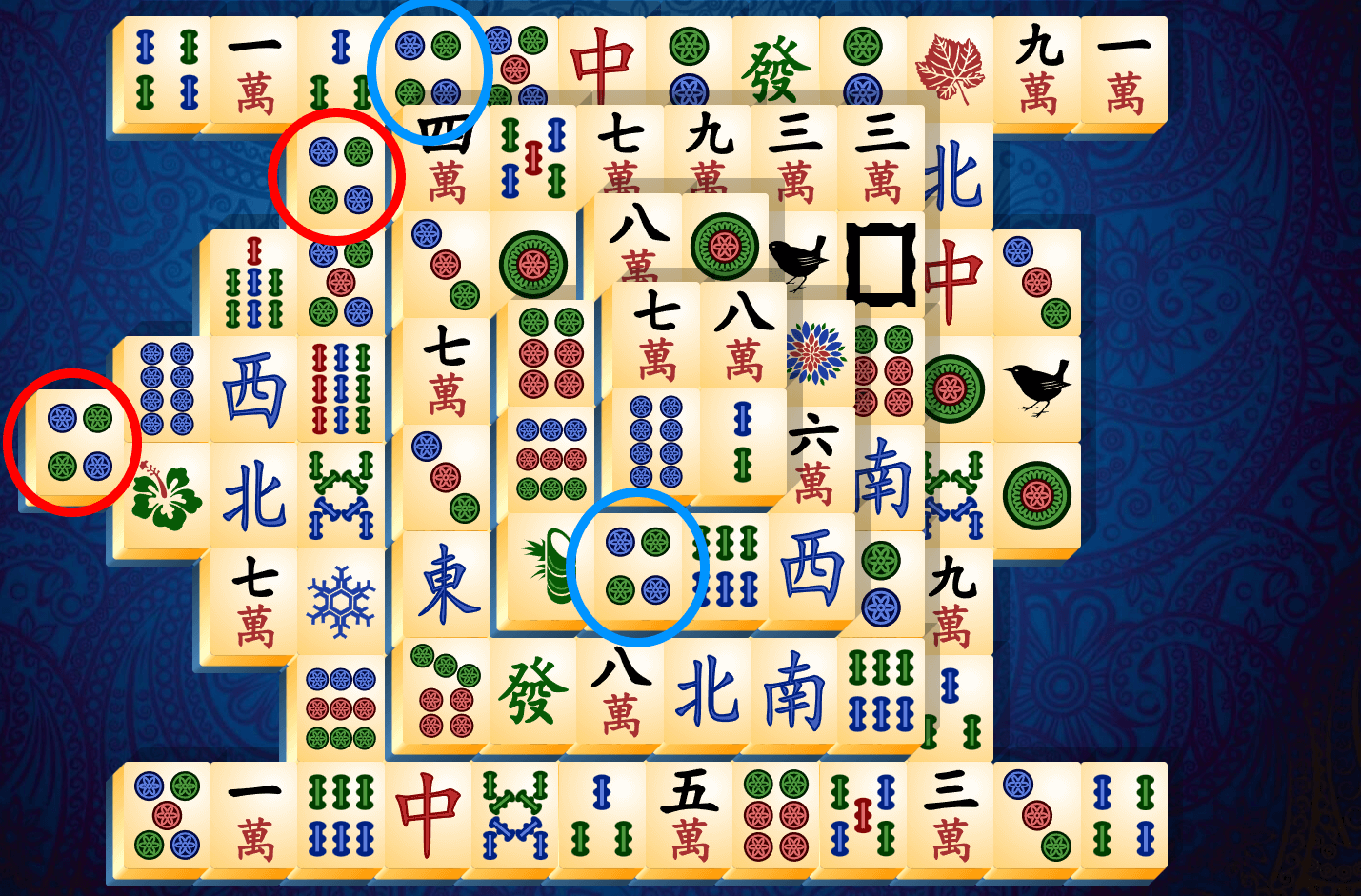 Our next move is to remove the two 4 of bamboo tiles from the turtle’s legs. It is always a good strategy to try to remove tiles from the longest rows. This is because the longer a row is, the higher are the chances that some tiles will be blocked inside it. 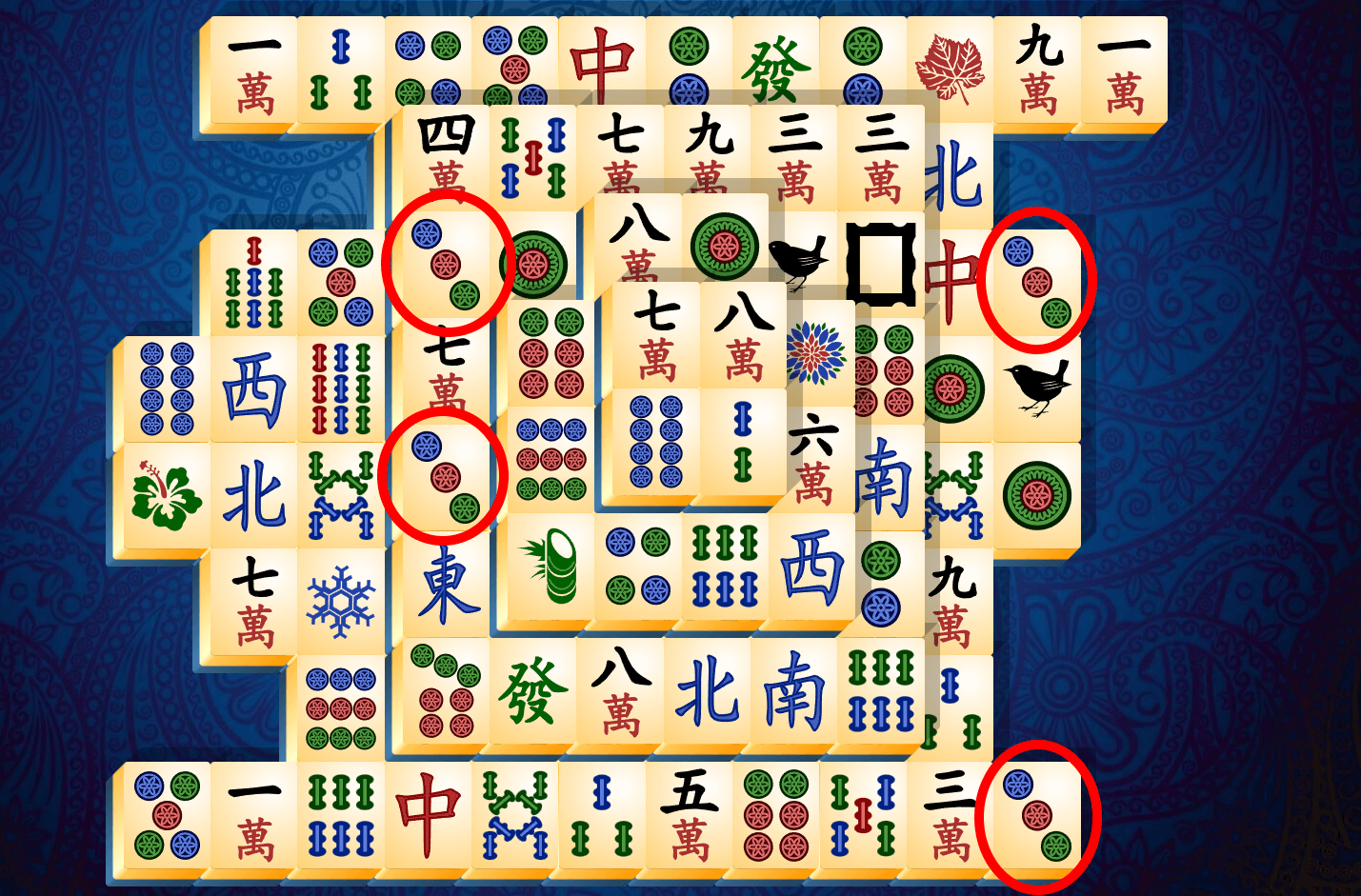 Again, we have four matching tiles available for removal. This time, these are four 3 of circles tiles, marked on the picture with red circles. As mentioned before, when all four tiles are available for removal, removing them can never be a bad move because you cannot get the order of removal wrong. Thus, they should be removed immediately and this is why we remove all four 3 of circles right away. 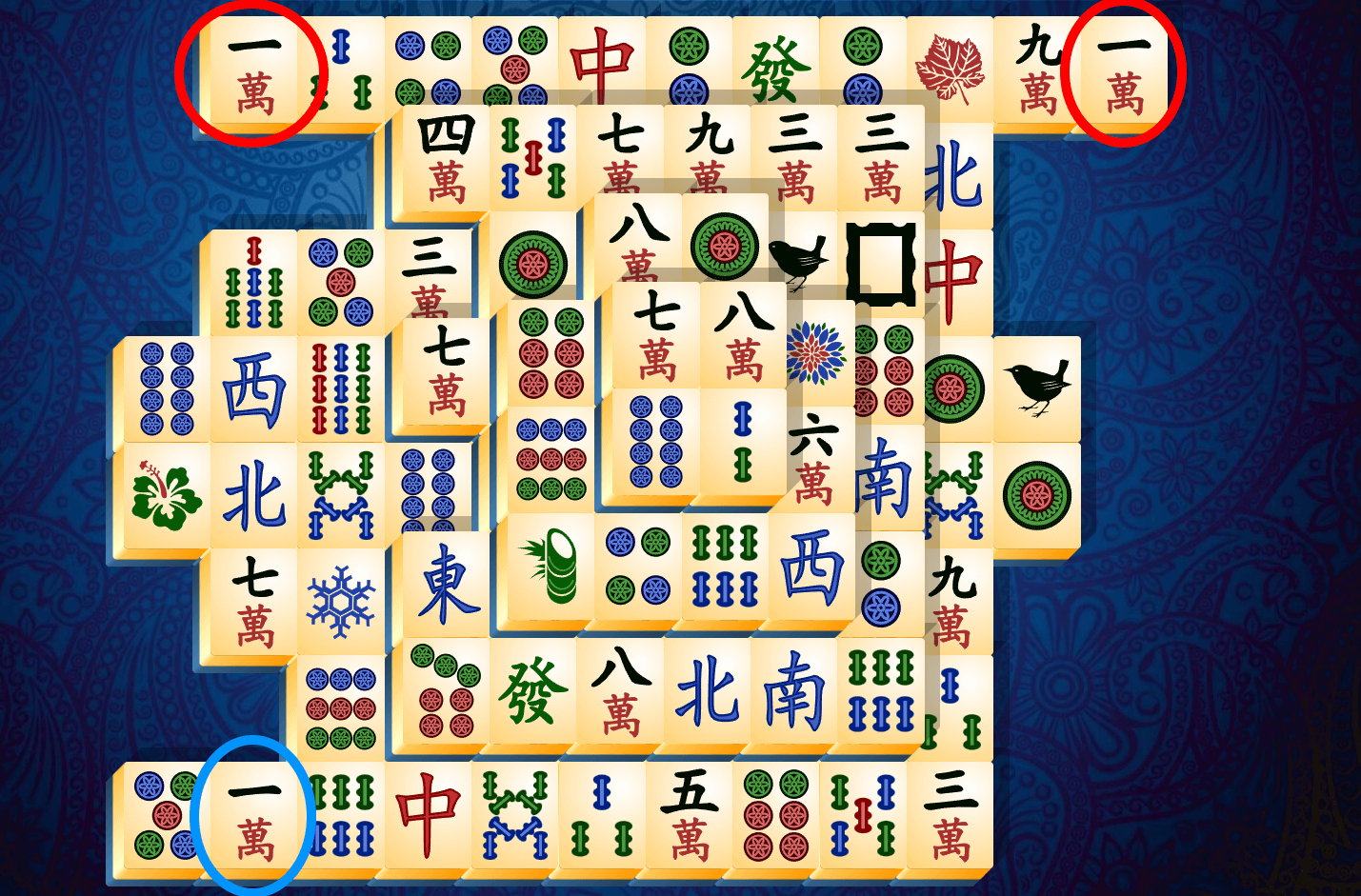 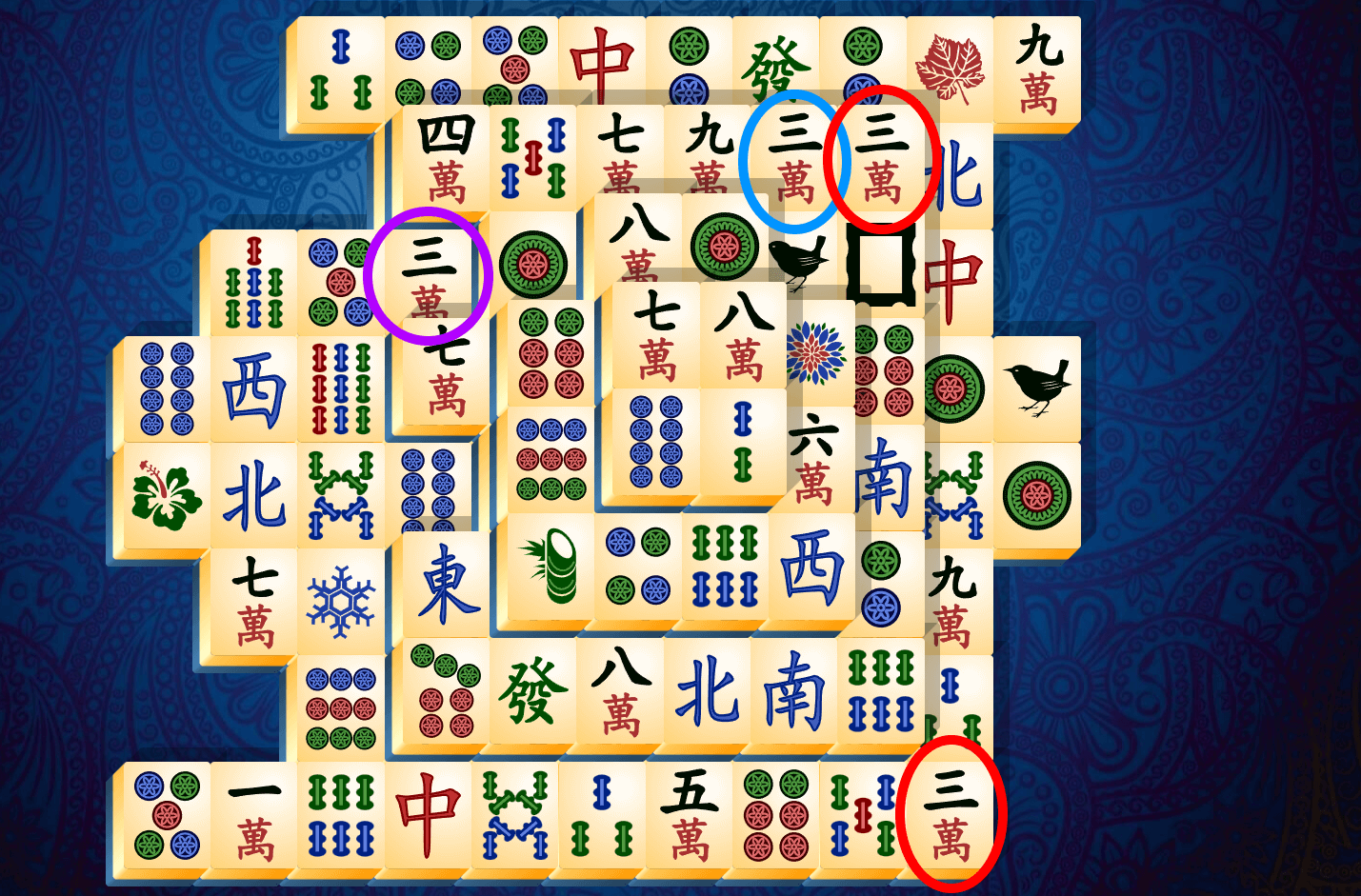 Now we can see four 3 of characters tiles on the board. Two of them are unavailable, and the other two, marked with red circles are available for removal. We can see that there are two 3 of characters tiles next to each other: one of the red ones and the other marked with blue. This is a very dangerous situation, because when two matching tiles are next to each other, the chances of getting stuck are very high. This can happen if we remove two other tiles, that is the ones that are not next to each other. Then, in order to remove the two that are next to each other, you need to remove all tiles to the left and all tiles to the right of them. And this may be sometimes hard or even impossible. 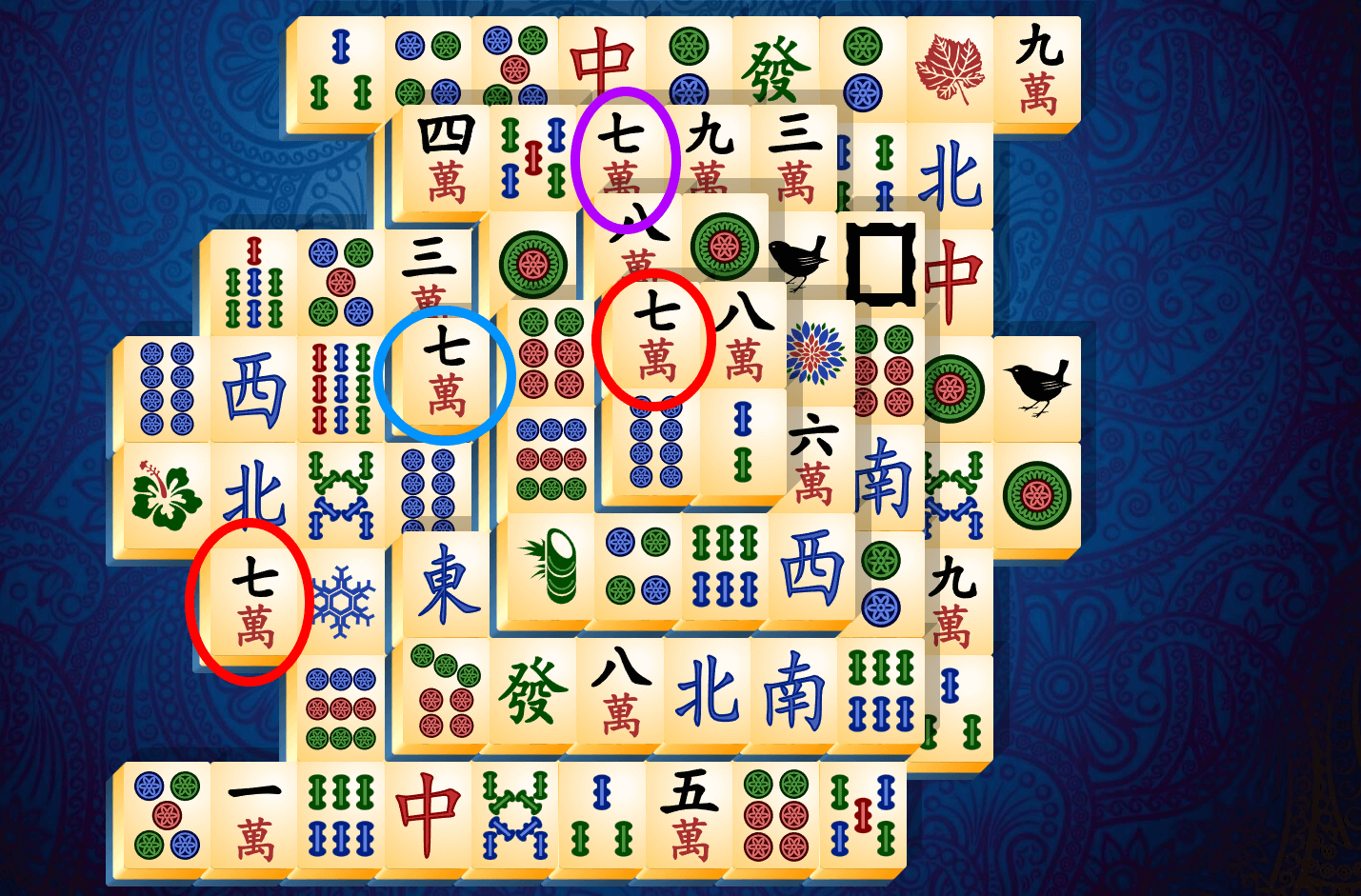 As a final move of this tutorial, we will make a decision which of the 7 of characters tiles should we remove. Notice that one of them, the one in a purple circle is unavailable. Of the remaining three, one is at the top of the pile, one is in the bottom layer and one (marked with a blue circle) is somewhat in the middle. We choose the two tiles marked with red circles. Why? The tile at the top is important and should be removed quickly, because reducing the top-most layer will allow us to access a lot of tiles hidden below. The tile in the bottom layer makes one other tile available: the Winter Season tile. On the other hand, the tile marked with blue will not make any tiles available immediately after its removal. The tile hidden beneath it will be available only after the three tiles to the left of it are removed. Therefore, the immediate payoff seems much higher if we remove the two tiles marked with red. 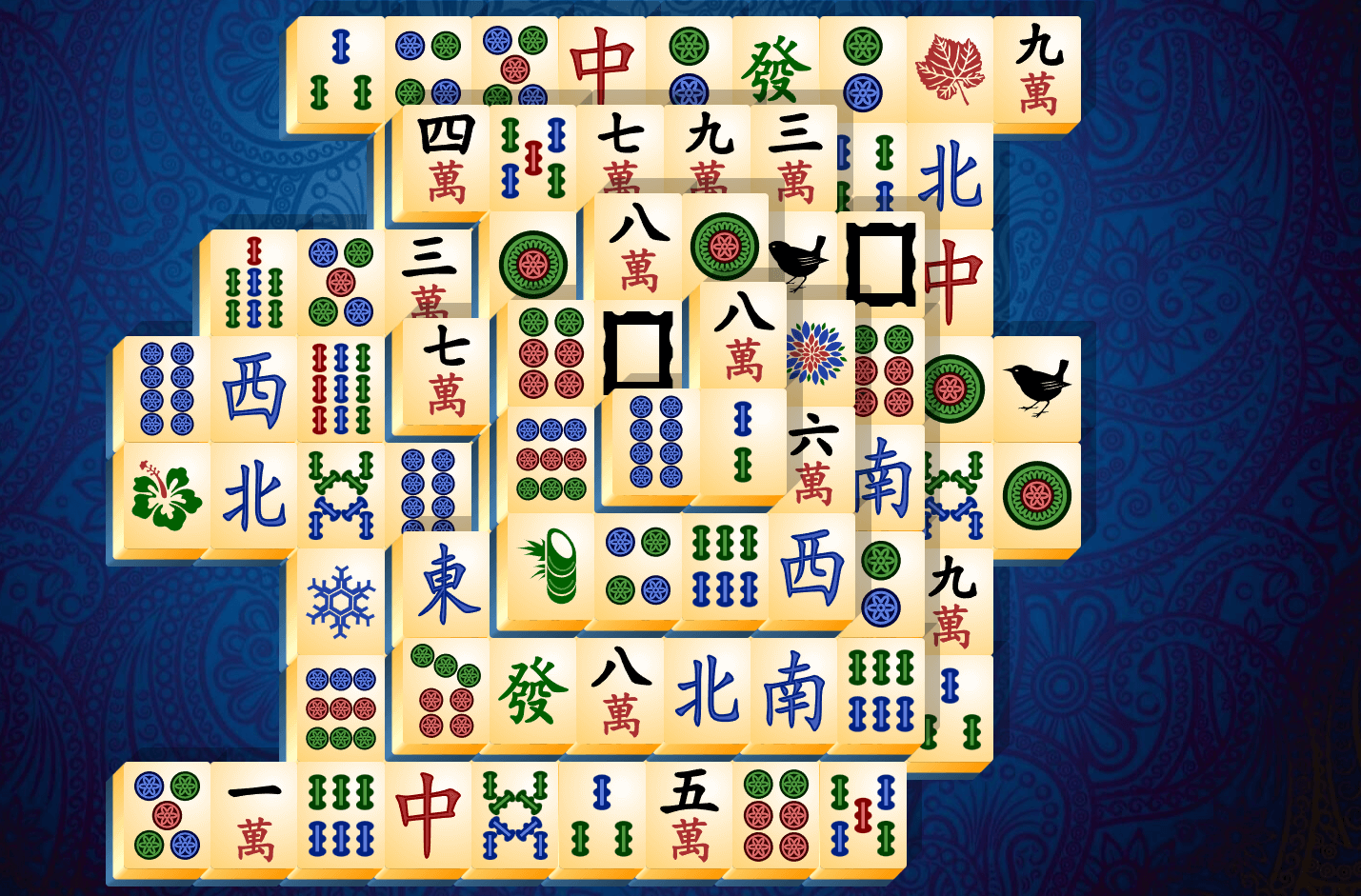 This is the final step of our tutorial. What move should we do next? One possibility is to remove the two 8 of circles tiles: one is on top of the pile and the other is far to the left, blocking a very long row of tiles. Another possible move is to remove Chrysanthemum and Bamboo tiles or the two 8 of characters tiles, because it would help to dismantle the top of the pyramid. There are also other moves, for example we can remove the 3 of bamboos tiles, 1 of circles tiles, Spring Season and Winter Season tiles, or the 9 of circles tiles. These however are probably not as good as moves mentioned earlier. Can you spot any other possible moves?

You can also read more on how to play Mahjong Solitaire on Wikihow.